Age: 40
Virtue: Fortitude! Kate can drink all night (and all day):

Kate had aspirations to be a model while in high school, and a famous actress while an undergrad. Neither panned out, though, and Kate cultivated a habit of laughing off her failures with a drink in her hand.

Kate always had a penchant for writing, and cultivated a strange habit of going home after class and rewriting her friends’ conversations. These stories did get her in trouble when her roommate unearthed them, but they were also passed along to a graduate theatre instructor, who produced Kate’s stories as dramatic shorts, earning the grad student a thesis project and Kate much fame among her drama-major friends.

Kate’s talent was supposed to be a plan “B” to her acting career. She fought her fate for as long as she could, even turning down lucrative opportunities to write for film and television. She finally gave up (or, rather, gave in), and now writes for the San Kaissa Oracle. 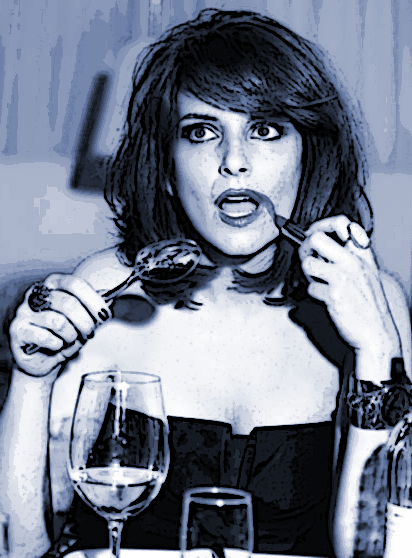