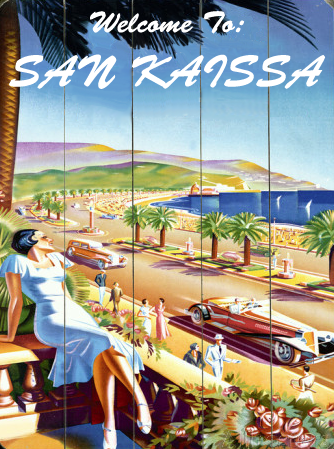 San Kaissa is a city in southern Monterey county, California, USA. Settled in 1876, it became incorporated in 1902. 2010 Census numbers put the population at about 56,573. She boasts a state-accredited university, and a fair portion of the good people roaming her streets have something to do with either the attendance or management of Southern California University of San Kaissa.

It’s probably the overabundance of irresponsible youth that causes those particular types of stories to disseminate among the masses of the city. Disappearances, strange sightings, and a dollop of scary stories from the internet blend together in a cocktail shaker to be served in haute couture martini glasses and happy hour shooters. That’s not to say people don’t disappear in San Kaissa, or are murdered or kidnapped. There’s bad in every city in the world. If San Kaissa is worse than any other city in terms of crime statistics, the numbers aren’t significant enough to show up on Unsolved Mysteries or America’s Most Wanted.

It all comes down to understanding how to maximize your personal safety. Lock your doors, don’t talk to strangers. Move around in groups at night. Know where the closest emergency call station is. The same common sense that keeps you safe in any college town in the world will do the same here.

Unless, of course, you’re just unlucky…

As It Seems: A Chill Semester Comments